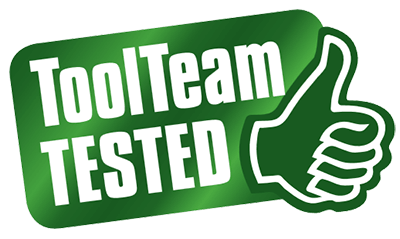 The Faithfull Tools ‘Tool Team’ are a group of trade professionals who have been selected to represent and test our hand tools and accessories.
We value their feedback and use this to ensure our products are manufactured to the highest possible standards, guaranteeing they pass the test of time when used regularly by tradesmen.
Our tool team assist us in developing new products ensuring we bring industry leading products to the market specifically designed for the trade professional. 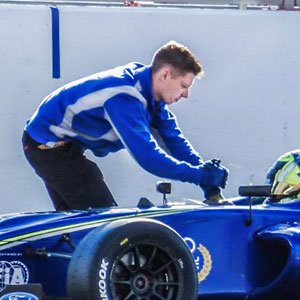 July 2007: Aged 15 and still at high school, I signed up for 2 weeks work experience at a local franchise dealer in Luton in both mechanical repair and body and paint workshops.

September 2008 to December 2008: I worked in my spare time at a local garage to gain experience in general mechanical repairs, as well as manual skills.

November 2008: I worked voluntarily for four days with Marque Cars Racing, a Formula Ford racing team, during the Walter Hayes Trophy weekend at Silverstone, generally helping out with the three cars they were running at the event.

April 14th 2009 to June 12th 2009: I worked at Lanan Racing who at that time, ran Formula Ford and Club F3 cars. I prepped the cars for race weekends or for testing sessions and helped out to run the cars at the circuits. Once back at the workshop, I carried out post-race inspections.


November 1st 2009 to January 7th 2011: My first permanent job in motor sport was with Hitech Racing. In my role as an apprentice, I worked alongside a driver test team that used Zytec engined A1 GP Cars. Later, I worked as a floating number 2 mechanic on the team's British F3 cars.


January 10th 2011 to December 1st 2011: I worked at Sino Vision Racing as a number two mechanic on the British Formula 3 car; in this role, I attended all race weekends including the Macau GP in November.


In April 2012, I joined Carlin where I worked for 3 years as a No 2 mechanic in the FIA Euro F3 formula. For the 2015 season, I transferred to MSA British F4, where I became No1 mechanic for Lando Norris – I was very pleased knowing that my car and driver won the championship that year. In 2016, I was No1 mechanic in the new British F3 championship, initially with Lando Norris, but as he was competing in other formulas that year, I also ran the car with two other drivers, both of whom also won races. The team as a whole came second in the championship in 2016.


In November 2016, I was asked by the team to travel with a colleague to their base in Florida, to assemble a new Indy-Light race car and run it at a test weekend at Indianapolis.


This year, I have been promoted to the FIA Euro F3 formula as a No1 mechanic, paired up with Lando Norris – a season I am looking forward to.


In 2008, I was lucky enough to beat hundreds of other applicants to enrol into the National College of Motorsport at Silverstone on their Motorsport Apprenticeship Programme.


Through attending college in a combination of full time and block release sessions to fit in with the teams I worked with over this time, I eventually achieved an Advanced Level 3 Apprenticeship in Engineering Manufacture – Craft and Technician (Automotive / Motorsport). In order to achieve the apprenticeship, I completed the following technical qualifications:

"Brilliant tool, does the job perfectly."

"A good quality hammer, after using it for nearly a year, the end has not chipped and the rubber hasn't fallen apart."

"Feel like the real deal with these, fantastic tool."

"They are built to last after a year of owning them the ball end hasn't snapped or rounded."

"Save yourself money and keep the quality. A rarity when buying tools but the hex key set is just as good as Snap On but you keep £10 in your pocket."

"Nice weighted hammer. The durable ends can be replaced if they get damaged. Nice grip for when your hands get a bit sweaty!"

"Very good tool, doesn't slip off and ends are not made out of cheese, nice grip, does the job good!"

"Good tool, grips well and the locking system is nice and strong."

"Good grip, the pliers don't wear out and the cutters are still sharp."

"High quality set of punches, you can use them with confidence."

"Handy to have, strong reliable tool."

"Does the Job Perfectly."

"Fantastic set. A large selection of bits built to last."

"Brilliant hardwearing set and very reasonably priced with a nice bag to keep them all together."

"Very high quality tool, a must have."

"A very good set of tap and dies, reasonably priced."